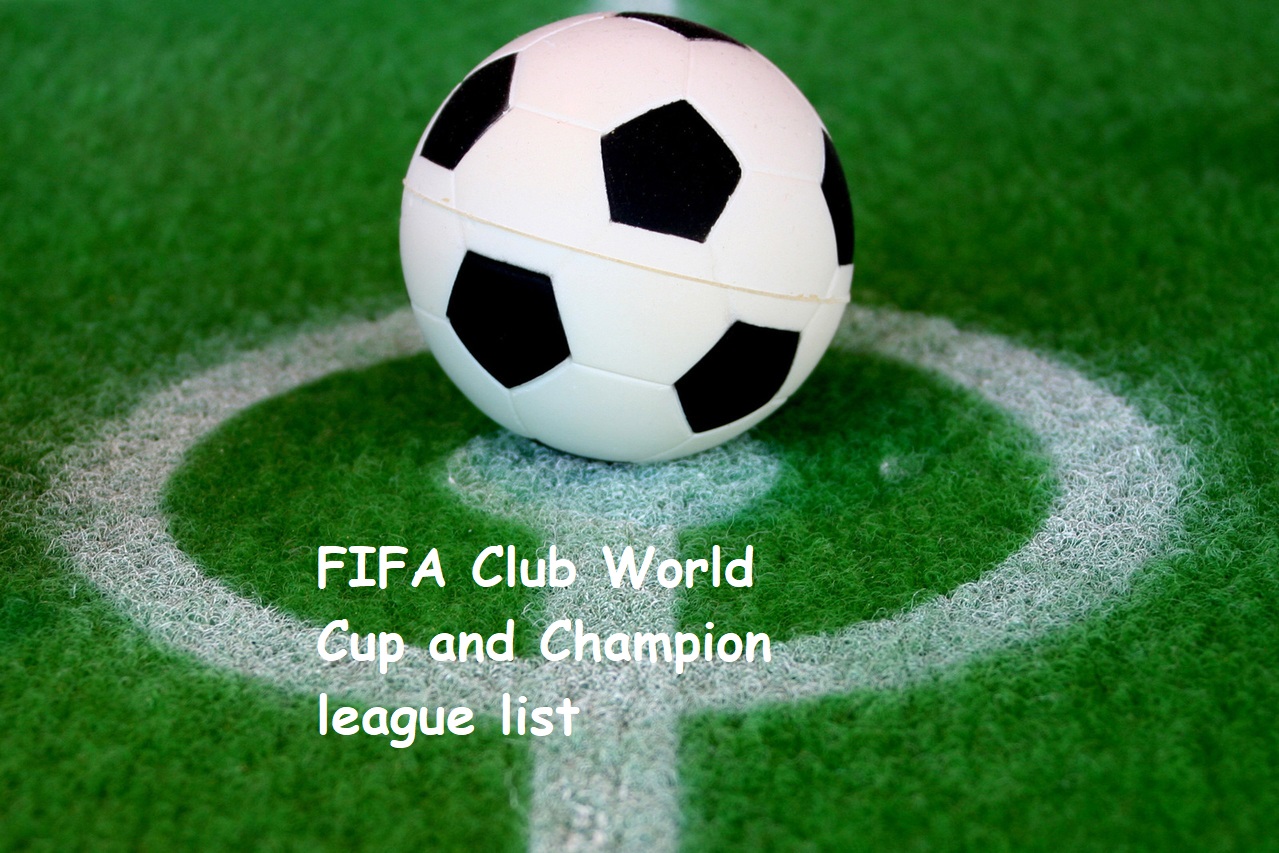 FIFA Club World Cup is a famous transnational men’s association football competition. The competition is overseen by the Federation Internationale de Football Association (FIFA) which is the sport’s governing body. Football makes the world a small community as different teams meet to contest in the FIFA Club World Cup challenge. The competition also creates huge fan base as millions of people enjoy football and associate with various teams in the world.  FIFA competition was played first in 2000 as FIFA Club World Championship(20years) and has been a continuous series over the year. Different teams are coming to light while some are holding the titles severally.

The contest was no held from 2001 to 2005 a long break due to issues in the association. The major factor for the halt was the collapse of FIFA marketing partner ISL (international sport and leisure). However, the association was back to its feet in 2005, where the competition is held every year.  Different countries have had the privilege to host the competitions Brazil being the first host in 2000.

List of host countries from the year 2000 up to date.

During the first FIFA Club, World Cup champions the competition ran simultaneously with the intercontinental cup. This a contest by the winners of the UEFA Champions League and the Copa Libertadores playing in from 2000 to 2004. The champions from the two tournaments were officially recognized (2017) by FIFA as Club world champions.  In the year 2005, the Intercontinental cup merged with the FIFA Club World Cup was in the following year (2006) the tournament was established and named as FIFA Club World Cup. Teams who emerge winners in the competitions are awarded the FIFA Club World Cup trophy and provided with a FIFA World Champions certificate.

The competition follows a certain protocol which involves seven teams, who compete for the title at the selected venues in the host country.  The contest goes for two weeks; the seven teams are selected from that year’s competitions winners:

Winners from the above leagues will have a straight knock-out tournament. They will play against each other in the format below:

In FIFA Club History Real Madrid has the most victories having won the competition four times. The Corinthian’s inaugural victory has been the best in the FIFA Club World Cup records to produce best results as a host nation’s national league champions. Teams from Spain have won the play-offs seven times recording the most times from any nation.

Qatar has the privilege to host the 2019 FIFA Club World Cup it was officially named as FIFA Club World Cup Qatar 2019. The competitions were sponsored by the Alibaba Cloud making the 16th edition of the competitions.  The contestants were winners from the six continental confederations and the host nation’s nationals league.  These went from 11th to 21 December 2019 at two allocated venues in Doha.

England’s Liverpool emerged the champions after defeating Brazil’s Flamengo (1-0). The win came after the teams were added extra time in the finals.  Flamengo takes the runners-up, third place goes for Monterrey, and fourth place goes to Al-Hilal.

Every year FIFA announces a host which they give ample time for the country host to prepare and keep the set regulations.  However, in 2019 announcement FIFA delayed the process where they were to announce on 15 March 2019 and did it on 28 May 2019.  The association state that the 2019-2020 tournaments host will be announced at the FIFA council meeting held in Paris, France (3 June 2019).The council picked Qatar as the potential host of the 2019-2020 tournaments. These also served as a test event since they are to host the 2022 FIFA World Cup.

The council also identified the three venues fit for the competitions; the venue could host large capacity. All three stadium is located at Doha.

FIFA also select the same stadiums to host the 2022 FIFA World cup. However, the opening of the Education city stadium was postponed leaving the two stadium for use.  The Khalifa international stadium has a capacity of 45,416 while Jassim bin Hamad stadium can host a capacity of 11,918.

The competitions had the last seven teams which played against each other leaving Liverpool as the winner.  The teams were as follows:

The games might have slight changes due to the current pandemic, where FIFA will push the competitions later in 2021-2022 or 2023.  The changes occur due to the Covid-19 which has delayed other tournaments such as UEFA European championships and Copa America. They were to take place in mid-2020 -2021 but few interruptions which the FIFA council will handle with time. 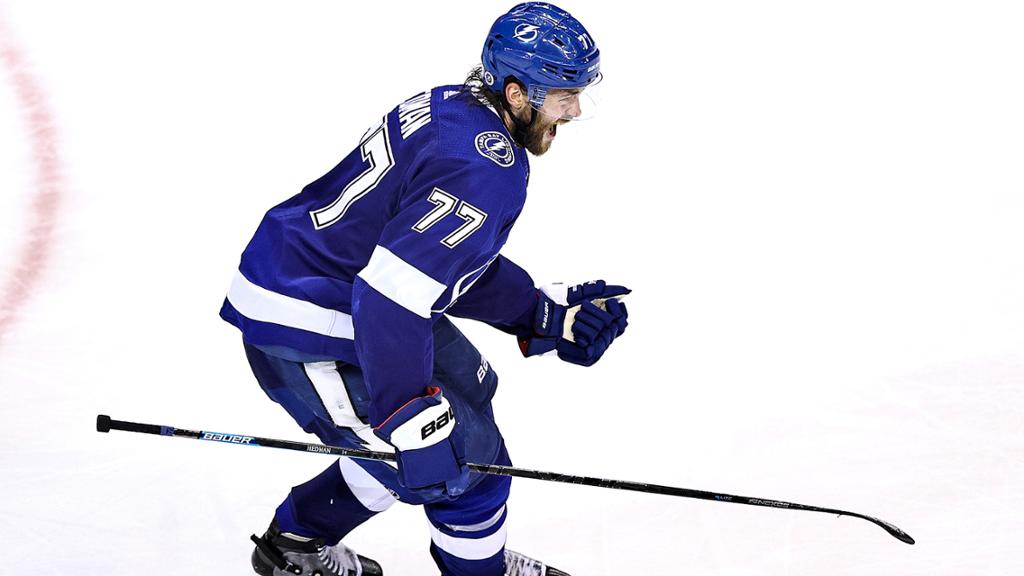 Victor Hedman was apparently inescapable for the Tampa Bay Lightning, so it’s just fitting he scored the arrangement champ against the Boston Bruins, killing his divisional opponent in twofold extra time.

Hedman discharged a wrist shot through a Pat Maroon screen, which streamed through Jaroslav Halak’s arm and in, to seal a 3-2 Lightning triumph.

Hedman logged a game-high 38:25 in Game 5 and exceeded expectations for the Lightning in all circumstances all through the arrangement, conveying an expanded remaining task at hand with Ryan McDonagh missing three games because of injury.

It’s a frightening idea for the remainder of the opposition, yet the Lightning beat the Bruins in five games without their skipper Steven Stamkos. Tampa Bay could likewise be without ruling Hart Trophy champ Nikita Kucherov, who left Game 5 with an undisclosed physical issue.

In the meantime, Hedman is positively shaping the end of the season games with five objectives so far as this cycle of the Lightning advance to their fourth gathering last under Jon Cooper, keeping in mind the desire of at last lifting the Cup that has shockingly evaded them. 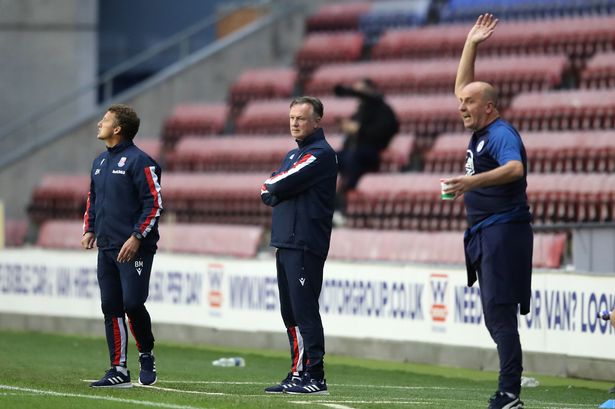 Latics are as of now eight focuses over the drop zone with six matches to play after a momentous ongoing run of results.

However, Paul Cook’s men would drop to the foot of the Championship if the suggested focuses punishment was applied for them dropping into organization.

Be that as it may, there is a reference point of hope…a ‘power majeure’ statement in EFL rules permits clubs to feature conditions that are ‘unforeseeable and unavoidable’ – which the Covid-19 pandemic would positively seem to cover.

Be that as it may, meanwhile, in regards to the potential focuses finding, Krasner recognized: “It’s liable to claim.

“My legal advisors know about this issue and when we get the letter we will think about it.”

Krasner likewise implied different clubs in the Championship may likewise be playing with monetary vulnerability.

“What occurs if another four clubs go one month from now?” he disclosed to Telegraph Sport. “The Football League will need to genuinely consider how they treat everyone reasonably. It’s too soon to state.” 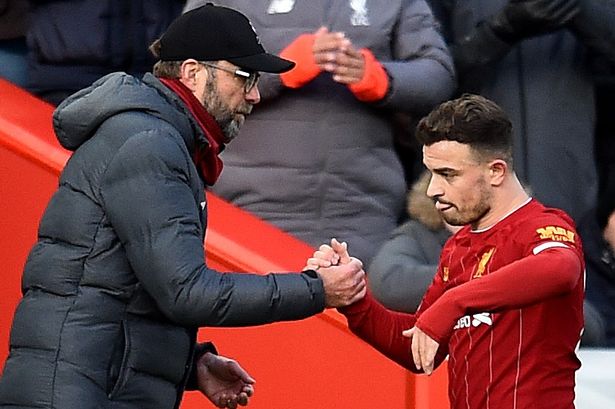 These were the primary expressions of Xherdan Shaqiri at Melwood after he was delegated Premier League champion with Liverpool. Club picture takers really wanted to catch the delight even with the Swiss universal.

However it has not been plain cruising for the Swiss global this term.

Wounds have not helped his case under Jurgen Klopp yet he has piled on under 200 minutes of Premier League football.

As tattle segments keep on connecting his name with a move away when the exchange window revives, the title could well be his splitting blessing.

Not that his response at Melwood was one of a man frantically discontent with his circumstance. This was not his first title – a long way from it – and he has been in this circumstance previously.

Not this dazzled everyone.

Andreas Boeni, head of football at Swiss day by day paper Blick, called attention to that Shaqiri assumed minor jobs in the vast majority of these accomplishments.

The Liverpool forward took it in his step.

His reaction was posted via web-based networking media the day subsequent to getting victor of England. A straightforward picture of him celebrating with his 17 vocation trophies joined by a short letter.

“Dear Blick and Andreas Boeni,” he said. “While you are exhausted in the workplace, here is an image for the following first page.”

He closed down with a kiss.

Shaqiri would be excused for being baffled. When winning the Bundesliga with Bayern Munich in 2013 – his lady crusade with the German mammoths – he missed only eight class games, scored four objectives and helped six more.

In the Champions League he highlighted in everything except one of the gathering games before being given a stingy two minutes of activity in the knockout adjusts as Bayern vanquished Borussia Dortmund – oversaw by Klopp – in the last.

The following season was comparative. The winger highlighted in almost every group game he was accessible for regardless of missing portion of the crusade through injury and he played in the two matches at the World Club Cup just as the Super Cup triumph over Chelsea.

Be that as it may, again Shaqiri was a piece part player in Europe.

Sound natural? It should.

In the knockout phases of the Champions League for Liverpool last season, he played only an hour and a half.

We as a whole skill that finished.

They were conceivably 90 of the most well known minutes throughout the entire existence of the club and Shaqiri – beginning against Barcelona in the semi-last second-leg because of wounds endured by both Mohamed Salah and Roberto Firmino – helped Gini Wijnaldum for the third objective that equalled the tie on the night.

No one in Liverpool would set out say Shaqiri had a piece influence job in their possible triumph regardless of whether, on paper, he had.

Klopp has rehashed it on various events during his time in control and emphasized the point this week truth be told. Each crew needs a Shaqiri and Liverpool are the same.

“In the event that you are a football supporter, you need a reinforcement for him and him, regardless of whether you are totally content with everybody, you need reinforcements,” he clarified.

Shaqiri has demonstrated on numerous occasions that he is skilled – on his day – of playing to the standard required by Klopp. He is just heartbreaking to wind up behind three of the best advances on the planet and unfit to make a section for himself.

In any case, shouldn’t something be said about Barcelona? That twofold against Manchester United? His appearing against Everton in December?

They give Shaqiri each option to appreciate the achievement he has accomplished on Merseyside. However while Boeni and Blick have overlooked what’s really important, his Liverpool finishing is still prone to be a dismal one.

It is pitiful in light of the fact that he is still likely going to leave and he has never let Liverpool down when they have required him most.

Klopp, you would speculate, should keep him – particularly in a questionable budgetary scene – yet in the prime of his vocation Shaqiri will know his value.

He will realize he can proceed to be a star man somewhere else.

Klopp’s letter to the ECHO

For the present, his response to winning the title proposes he is upbeat on Merseyside however on the off chance that he leaves he won’t have to compose a letter to Liverpool.

It might just be six appearances in the Premier League this term yet everyone associated with the club realizes it is more than that.

All things considered, without Barcelona and the Champions League triumph that followed, would Liverpool have had the certainty to get themselves and challenge again locally this season?

US pharmacist who tried to ruin Covid vaccine doses is a conspiracy theorist, police say

Huawei P50 Pro shows up in an unofficial render

The Oxford Covid jab is delivered this week. But when will vaccines bring results?